A question came up about managing root-knot nematodes in processing tomato and lima bean rotations.  Root-knot nematodes are tiny worm-like soil dwelling pests that cause root galling on plant roots, resulting in significant yield and quality losses. Symptoms of severe root-knot infestations include patches of chlorotic, stunted, necrotic, or wilted plants. These nematodes also predispose plants to other soilborne pathogens that cause root rot and wilt diseases. For example, a bean variety resistant to infection by the Fusarium wilt pathogen will become susceptible to this disease if infected with root-knot nematodes.

What is the link between nematodes in tomatoes and limas? Dr. Phil Roberts, Nematologist at UC Riverside shared the following response:

There are several root-knot nematode species and they differ in their response to resistance in tomato and various bean crops. Most common in our Sacramento Valley area are Meloidogyne incognita and M. javanica. These nematodes are normally controlled by Mi-1 gene based resistant tomatoes, but there are resistance-breaking populations so that could be the reason for the infection on tomato (unless the tomatoes grown were not actually resistant). A further possibility is that the species is M. hapla, which is not controlled by the tomato resistance. M. hapla tends to induce smaller pearl-like galls on tomato roots and is not common in the Sacramento and northern San Joaquin Valleys.

As to rotating with lima beans, limas are susceptible to these root-knot species but there are resistant varieties available. Beja Flor baby lima has strong root-knot resistance. It was bred to contain three resistance genes that do a good job of blocking M. incognita and M. javanica. It yields well with the caveat that Steve Temple (former UCCE legume specialist) used to remark that it is more Lygus bug susceptible than some varieties, so if a grower went with UC Beja Flor they would need to keep up on the Lygus management. UC Luna baby lima has no root knot resistance. Other lines carrying M. incognita (but not M. javanica) resistance are the large limas White Ventura N and UC92. 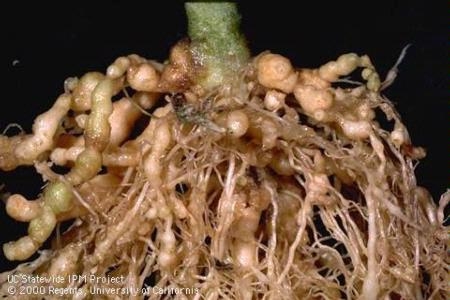 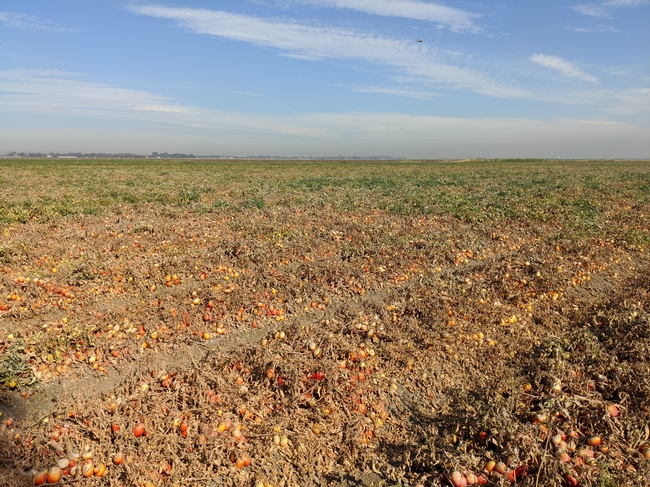